This article provides an overview of the new Alloy example website available for EPiServer CMS 7. It’s intended for developers interested in a high-level description of some of the concepts used.

An introduction to Bootstrap

The Alloy site markup is based on the responsive HTML framework Bootstrap. 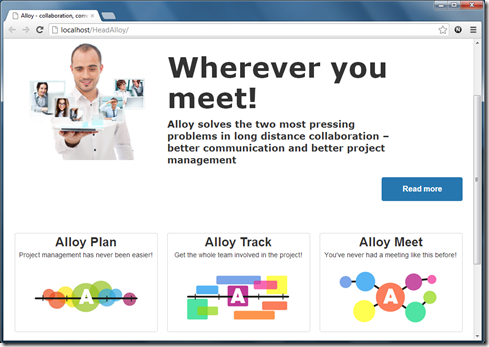 …to this, depending on the size of the browser:

Bootstrap is based on rows, each consisting of one or more content elements that span a certain relative width. 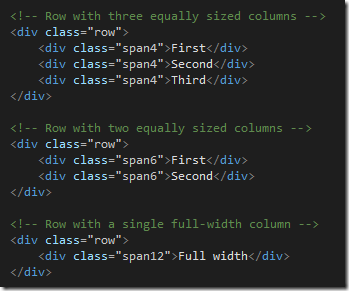 The first row would normally render something like this…

…while rendering something like this when the browser window becomes small enough (think handheld devices): 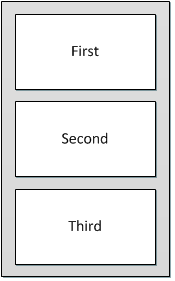 Because of Bootstrap we want our content areas to be rendered as one or more rows which in turn contain blocks as content elements. To make things even more interesting, we want to “fill” each row with blocks to ensure a nice adaptive layout.

When a single block is added to a content area we want it to be rendered as a single row with a single full-width content element:

When we add a second block, we want it to fill the row together with the first block:

We want the same principle if we add a third block:

However, if we add a fourth block it will no longer fit in the same row. Therefore we want a new row containing the fourth block as a full width element (as there are no more blocks to share the row with): 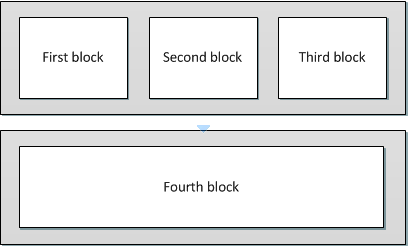 However, it’s not always practical to have a block control which can vary so freely in size.

To manage this, we introduced properties to define minimum and maximum widths for Alloy block controls.

This means we could potentially add seven different blocks which would be rendered like this: 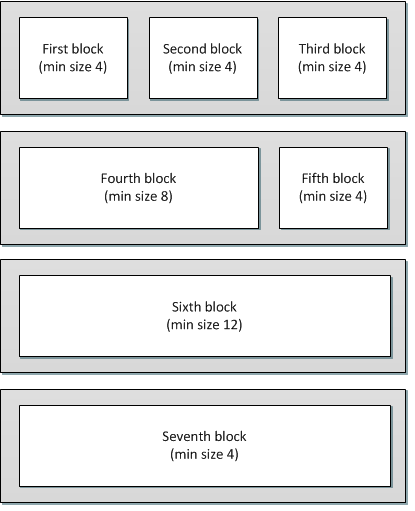 Note that the last block is full width even though it’s minimum size is 4 (one third). That’s because it won’t fit in the previous row, and since there are no more blocks to render the last block can stretch out across the entire row.

Whenever a content area is rendered, a block control is resolved for each block. We take all these block controls and play a game of simplified Tetris to arrange the blocks in neatly filled rows, according to the minimum and maximum widths of each block control. 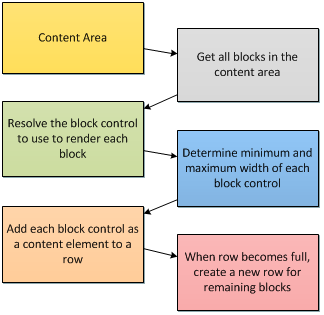 To support these design requirements for the Alloy website we use a custom control called SitePropertyContentAreaControl to render content areas.

This control inherits the native PropertyContentAreaControl, with some added Tetris-like aspects to support the type of layouts described earlier.

To make EPiServer use our own control to render all content area (i.e. all PropertyContentArea properties) we have added an initializable module like this: 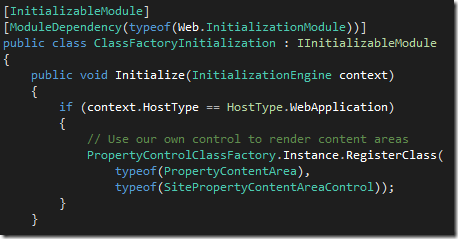 This means we can render our content areas using the standard Property control while still getting our customized rendering of content areas:

JavaScript and CSS files are concatenated and minified every time the site is built.

This is done by a post-build event which triggers the YUI compressor. For details, check out the Scripts.xml and Stylesheets.xml files in the [MSBuild] folder. 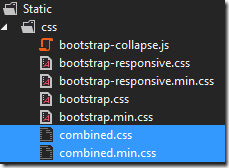 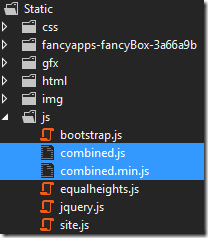 These files are linked in the Root.Master master page using simple web controls:

When the site is built in debug mode…

…the non-minified versions will be linked:

Otherwise the minified versions will be linked:

To deal with different configuration setups we use chained config transforms: 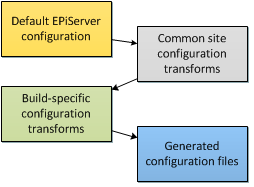 This means we have a set of default configuration files… 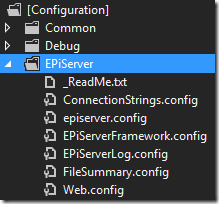 …which contain generic configuration settings valid for any EPiServer 7 website: 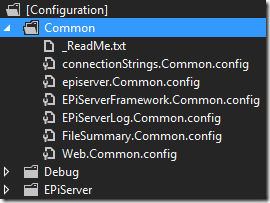 …which contain modifications to the generic configuration settings…

…the build-specific transforms will be retrieved from a folder called /[Configuration]/Debug: 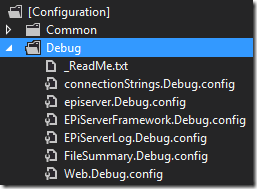 These transforms are applied after the common transforms…

…which results in a build-specific configuration, such as local development or production release…

…which is then copied to the site root:

The config transforms are triggered on each build through a post-build event:

2. Why is it built on Web Forms instead of MVC?

Although EPiServer 7 fully supports both Web Forms and MVC, Web Forms is still the more widely used. For that reason we decided to start with a Web Forms-based version.

3. Why isn’t ASP.NET bundling of JavaScript and CSS files used instead of YUI?

4. Why aren’t the minified JavaScript and CSS files deployed when publishing the site?

5. Why isn’t a CSS framework like LESS or SASS used?

To minimize package dependencies and avoid confusing developers not familiar with them. Both work just fine, though!

Tweet me at @tednyberg, e-mail me at ted@tedgustaf.com, or just shout really, really loud.